If you found this article you probably already know what Call of Duty: Warzone is, Right?

Well for those of you who aren’t sure what Warzone is. It’s a Battle Royale that initially released when COD: Modern Warfare released in Nov. 2019. It gained a lot of popularity over the past 2 years now so much so that they actually merged warzone into the Newest Call of Duty: Cold War. Which you are able to download for free on the blizzard launcher.

Now I’m writing this article for the people that may be having a difficult time winning there Warzone games so here are 10 awesome tips to improve your gameplay in Call of Duty: Warzone! Plus a little extra tip at the end!

One Location that I love dropping is a small town right above the tv station about where the waypoint is. This is a great spot to go since it has lots of loot, and not many people land here, maybe one or two other squads. This location is also nearby a bunker since there’s a lot of loot here. You have a high chance of getting a keycard to access the bunker.

For your loadout, you should have at least one close range to a mid-range weapon with a long-range weapon such as a sniper or marksman rifle for a secondary.

In battle royales, you always want to be thinking ahead about taking the best position or vantage point to get the upper hand. Always take the Highground! Always be thinking about where you are positioned in the circle and where it could end up going.

You should always find and try to do the recon contracts as they reveal the next circle. Knowing this valuable information can get you ahead of the enemy team, and you can try to catch them off-guard running to the circle.

A key determining factor for winning more Warzone games is using killstreaks, especially the UAV. The UAV is relatively cheap (4000$) to buy from a buy station and gives tons of information about where teams are located. This allows you to have an action plan when deciding to push a team or not to secure a better location. Or prevent a third party from occurring. Let’s not forget the precision strikes that can be a great killstreak to use to force a team out of their position!

3. Force players to play your style

This is something that not everyone thinks about in the middle of the game. You should try to force people to play into your strongest abilities if you’re incredible with a sniper at range, keep them at a range where you can snipe them, and don’t push them. Suppose you’re great in close encounters; figure out a way to push onto them and engage.

This is one that is pretty basic to be honest but a lot of people forget about this in the mid-game. Just be cautious and analyze the landscape and situations before executing a plan.

Now Finally, For some people, the aim is not their strongest ability, which doesn’t mean you are bad at the game. It will help if you practice your aim. If you’re on PC, there are great programs to do training exercises for your aim. One of these programs is called aim lab, and you can find it on steam! It allows you to import all of your settings from warzone, such as sensitivity and controls, to practice your aim. You will see improvement if you do this regularly!

In conclusion some of you may have learned something from this article or at least I hope so. (: But go and have fun and start winning warzone games! 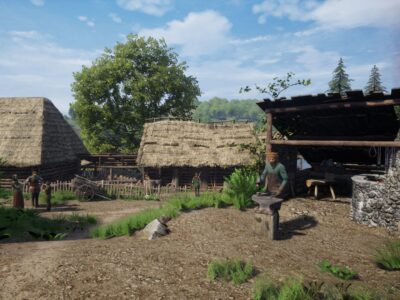 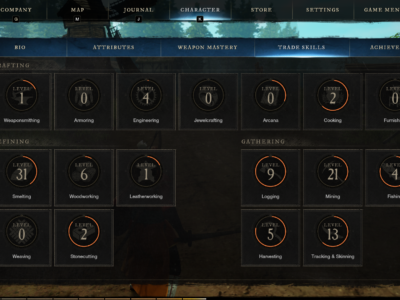 Hey guys! In Amazon Games’ New World, one of the most essential things to learn is the crafting system. This game has rich ...
By derek lilloJuly 29, 20210
Uncategorized