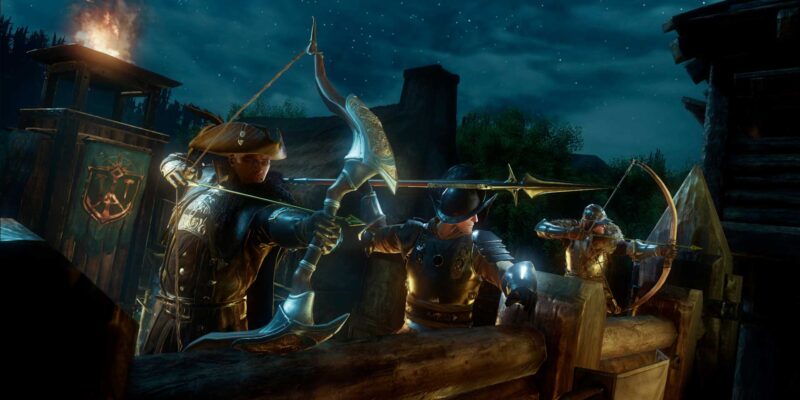 War in New World is a game mode that involves two teams of 50, one attacking and one defending. The winning team will either take or retain the territory that’s in conflict. But how do you start a war in New World?

How do I start a war in new world?

The first step in starting a war in New World is to lower the influence of your enemy faction in their territory. You can do this by engaging in faction missions, which can be both PvP and PvE, and are given by your faction leader in the settlement. Once the enemy faction’s influence has been reduced sufficiently, the territory will go into conflict and it will unlock the ability to declare war.

Once the territory has gone into conflict, a random company (New World’s version of a guild) within the faction will become the Vanguard, which will “lead the charge into battle.” The head of the company, known as the governor, selects the players that will be a part of their ranks. These can come from their own company or any other company in the faction. However you have to be level 50 to engage in this high-level event.

They can even pick volunteers from the third faction that’s not a part of the war. So for example, if your company is a part of the Covenant and you’re attacking the Syndicate, you can recruit members of the Marauders to help you. No matter where the fighters come from, they’ll automatically be transported to the battlefield when the battle begins. The defending company which controls the territory sets the window of time that the war will take place.

Going to war in New World 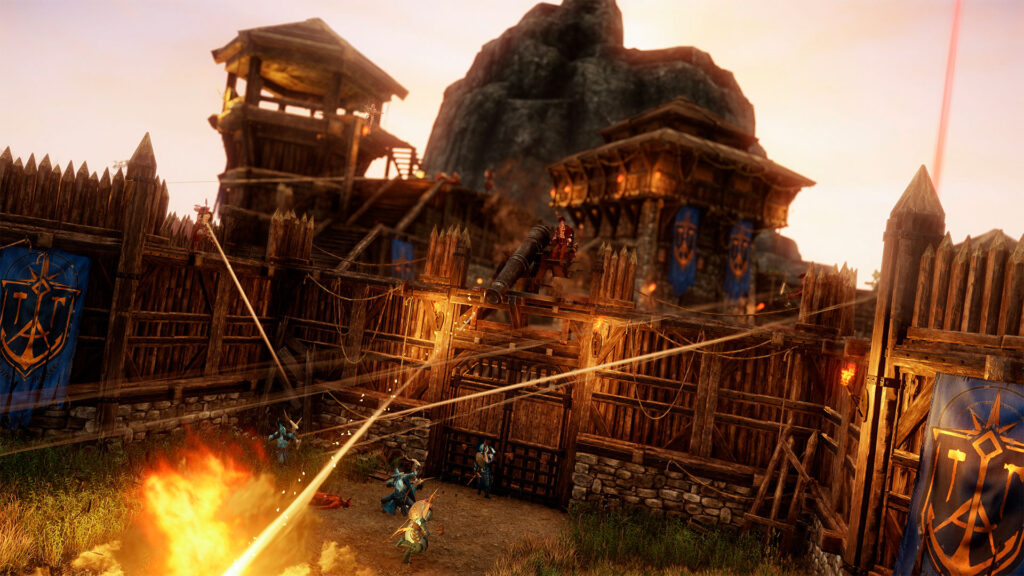 Once the rally points are secured, the attacking force will begin trying to breach the walls of the defending fort. Both sides have access to siege weapons and traps during the battle. Players can create these by using battle tokens, which are gained by performing actions like killing enemies and healing allies.

The attackers have 3 siege platforms available: cannon platforms, fire launcher platforms, and repeater platforms. Cannons are high damage, medium-range weapons that are the most powerful against structures and other large, slow targets. Fire launchers shoot a projectile that bursts on impact and creates a fiery area of effect. The repeater, meanwhile, is a rapid-fire turret that doesn’t do a ton of damage but is very effective against enemy infantry.

The explosive cannon is similar to the normal cannon, but has an explosive shot that knocks enemies back. The fire dropper is a giant bucket of molten liquid, which can be dropped over enemies below to do very high damage. Finally, the horn of resilience is a large musical horn which provides healing and defensive buffs to your allies.

There are also two traps available, which are the same for both sides. The first is the inferno mine, which explodes and spreads fire over an area when an enemy gets close. The other is the powder keg, which is a large explosive barrel that must be lit manually. The powder keg won’t explode if an enemy destroys it, but it can be extremely powerful against enemy structures.

Now you know how war in New World works!

That’s everything you need to know about war in New World! Now you’re ready to cooperate with your fellow faction members to take control of as much territory as possible. Bring down enemy faction influence, and then declare war!

With the help of siege weapons, traps, and pure skill, you’ll be able to come out on top and either take control of new territory, or retain control of what you already own. Do you have any tips and tricks for war in New World? Let   us know in the comments!

Hey guys thanks for coming to check out this article but New world is a brand new MMO that has been in development ...
By derek lilloJuly 24, 20210 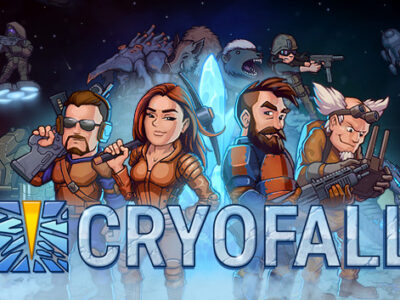