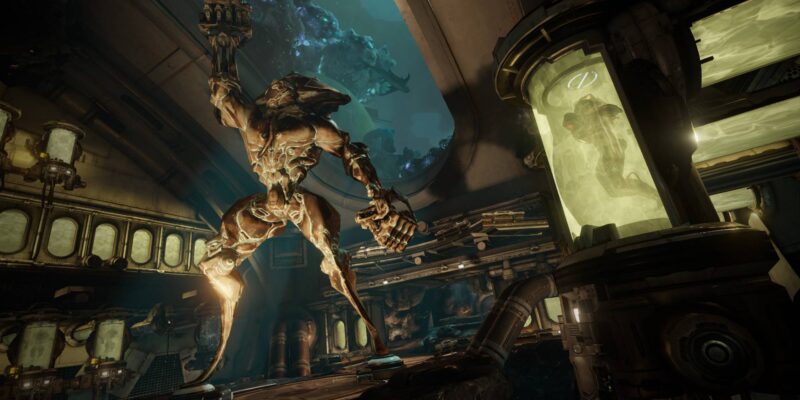 Warframe is a third-person looter-shooter online free-to-play MMO developed by Unreal’s co-creators, Digital Extremes The game was released in March 2013 on windows and other gaming platforms along the way and is still going strong. It is a AAA game, noteworthy for what it has achieved over the years, and embodies various trends that gamers look up to.

In warframe, players command the Tenno, an ancient race who had been woken from cryonics, finding themselves at war with the different factions all over their planetary system. The Tenno uses their power to control the warframes along with a variety of weapons and abilities to complete their missions and fight against enemy factions, such as the grineer, corpus, infested, and the corrupted. This game includes aspects like parkour, melee mechanics, role-playing, and customization.

Warframe supports both PVE and PVP modes with more emphasis on the latter. And although there are microtransactions, players can earn the premium currency through playing the game and without having to spend a dime, ever.

Let’s start off with the combat and movement system. Warframe is notoriously famous for its parkour. Running, jumping, sliding, air time, every move in the games feels buttery smooth. As of now, there are 45 warframes, and all of them offer unique ways of playing the game.

Combat in warframe is unique. Each warframe has four abilities alongside a passive ability. Create protective barriers or run at the speed of light; the warframes do it all.  A recent update enables you to transfer abilities in-between warframes, but that is a topic for another day.

In terms of firepower, you can carry a primary, secondary, and melee weapon. Each weapon comes with unique mechanics and offers a different feel when you’re firing them. And the best thing about firearms and warframes is that you can mod them precisely to your wishes. Want more crit chance? Mod it! More damage? Mod it!

The in-game action in Warframe is always evolving. The look and feel of the game have changed drastically over the years. The graphics have improved alongside the gameplay. DE even released not one, not two, but three open-world expansions that offer hundreds of hours of gameplay, all for free. You can roam around like a vigilante, killing enemies, catching fishes, mining rocks; the game has it all.

There is a lot of content to cover in Warframe, and new players often find it challenging to get into the game. That’s where the community comes in. Warframe’s community is unlike any you’ve ever seen. A veteran often helps newbies learn the core mechanics of the game. In fact, the friendly nature of the community is the reason why most people start playing. Not only is it the most welcoming community of players, but they are, in general friendly people that genuinely want you to have a good time and enjoy the game.

There are practically endless guides on getting started, farm stuff, killing things, mod your weapons, clearing the star chart, and much more. You’ll never get stuck with anything as the internet is filled with tutorials explaining every aspect of the game.

In-game trading is one of the main reasons why Warframe is so popular. Like most free-to-play games, Warframe also has microtransactions. But, you can get everything that game has to offer without ever spending a cent. That’s because the premium currency is tradable.

Warframe’s premium currency is Platinum. You can trade valuable in-game stuff such as mods, prime weapons, and warframe parts for Platinum. There is an in-game chat where you can talk to others about trades or visit the Warframe Market for a wider variety of deals. Some players avoid quests and are in it only for the trade, and you can make quite a lot of Platinum by putting in a few trades each day.

Is Warframe worth playing in 2021?

Absolutely yes. Besides having an incredible community, the game has tons of content. And if you’re not that into farming, you can always try to complete the main quest. There is a lot of stuff to do in Warframe, and all you have to do is get started.

In conclusion, warframe is still worth playing in 2021, and now is a good time as any to start. Warframe offers a great gaming experience that most AAA titles fail to achieve nowadays. Playing the game in 2020 is definitely worth it, especially since you have nothing to lose. It’s free!

Hey guys thanks for coming to check out this article but New world is a brand new MMO that has been in development ...
By derek lilloJuly 24, 20210