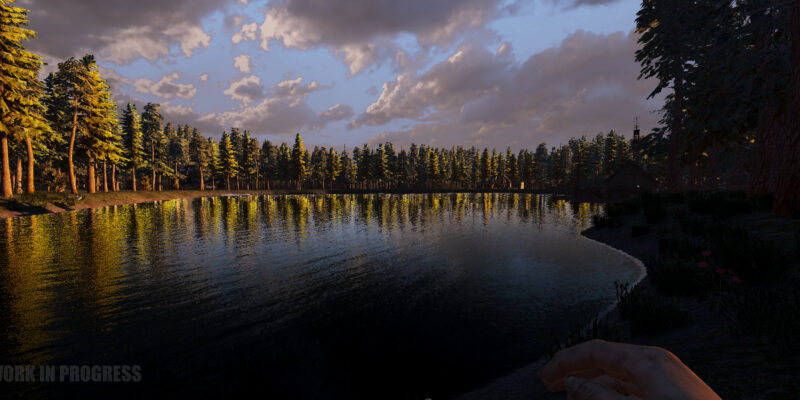 Hey guys! 7 Days to Die is a first-person zombie survival game with a bunch of unique features that set it apart from the rest. One of those features is extensive mod support, which is especially impressive given the game is still in alpha. The addition of mods for 7 Days to Die can help make this now 8-year-old game feel fresh and new.

How do you install mods for 7 Days to Die?

Installing mods for 7 Days to Die is extremely simple, and the folks over at 7daystodiemods.com have a handy guide on how the process works.

The first step is to create a mods folder. This is simply a new folder called “mods” that you will create in the same directory where you installed the game. If you have the game on Steam, this directory can most likely be found at:

Once you navigate here, simply create a new folder and name it “mods” and you’re done with step one! Next, download your mod. If the name didn’t already give it away, 7daystodiemods.com has a wide array of mods, and the game also has a Nexus Mods page.

Next, you want to open the archive file for the mod with a program like 7Zip. Then, find the folder in the archive that contains the file “modinfo.xml.” Once you find it, copy the folder and all of its contents and paste it into the “mods” folder you created before.

And boom! You’re done. Now all you need to do is run the game and your mods will work automatically.

Alternatively, there is also a mod manager available for 7 Days to Die. This mod manager will let you install new mods quickly and easily, keep your mods up to date, and more. All the info on how to download and use the 7 Days to Die mod manager can be found on their website.

What are the best mods for 7 Days to Die?

Ok, you’re all set up and ready to install some mods. But, which mods for 7 Days to Die should you install? There’s tons of different kinds of mods for 7 Days to Die that range from simple fixes, to mods that update visuals, to mods that completely overhaul the game. We’ll start with some of the most essential mods, and then work our way to some of the bigger changes you can make.

The first mod on our list is an essential if you want the most HD experience possible. The HDHQ Overhaul mod provides a full overhaul to the game’s visuals, with 4k textures and improved lighting. 2K textures are also available. This mod can bring the visuals of 7 Days to Die into 2021 with stunning graphics that will make the game look like it came out yesterday! 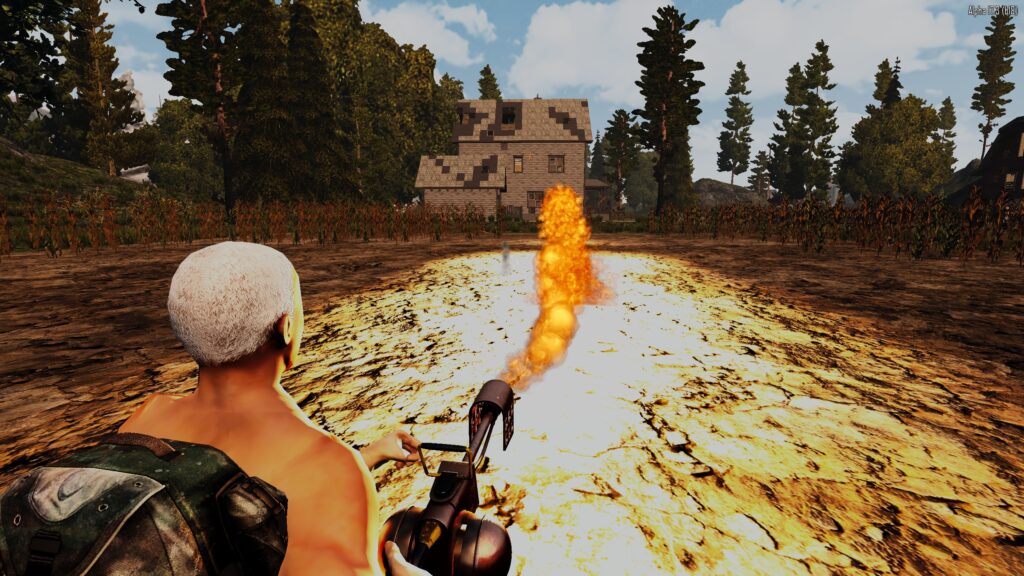 As you can probably guess based on the name, the Weaponry mod is all about adding, well, weapons! This mod for 7 Days to Die is all about adding more weapon variety to the game, with over 70 guns and 25 melee weapons being added to the game. With all these extra weapons, you’ll be killing zombies in style! 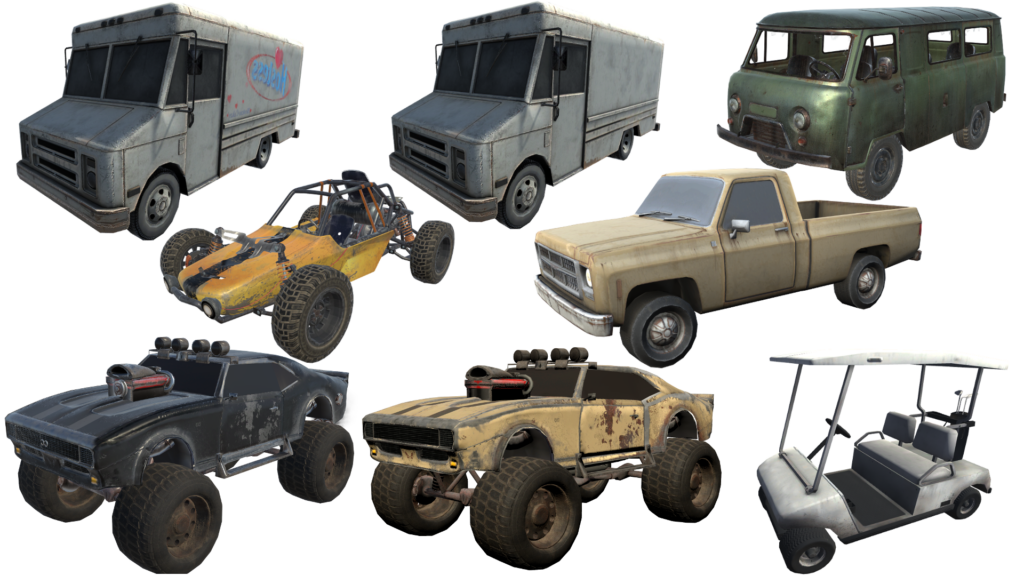 Some of the most popular mods for 7 Days to Die are the vehicle mods by modder Bdubyah, which add tons of vehicle variety to the game. With the Bdubyah’s Vehicles All-in-One mod, all these vehicle mods have been collected in one simple pack. This mod will add 24 new vehicles to the game, including motorcycles, military vehicles, and even a biplane! 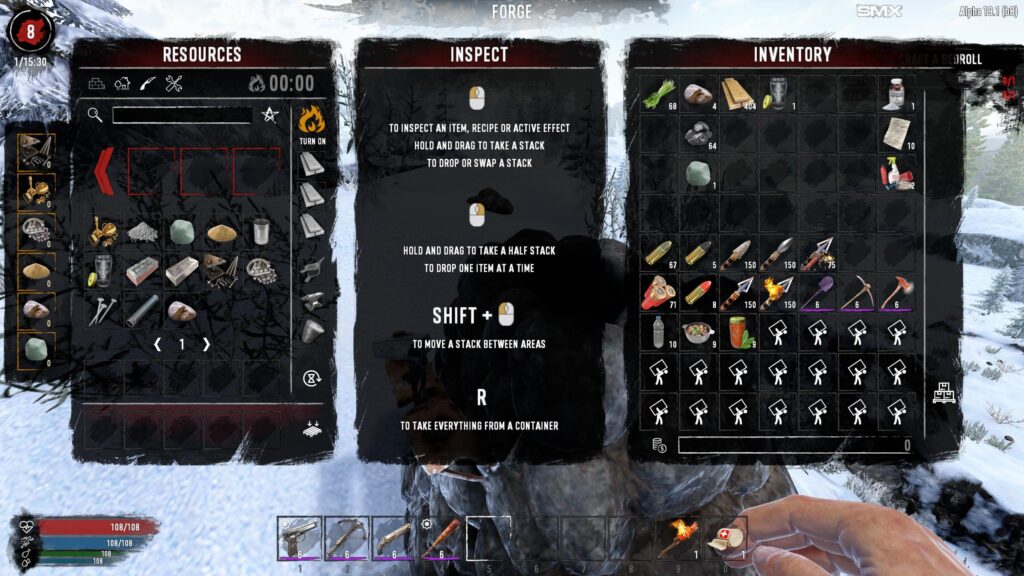 The all-time most popular mod for 7 Days to Die on Nexus Mods, SMX is a UI overhaul  mod. This mod’s goal is to update the game’s HUD and interface to make them better fit the game’s horror atmosphere. This mod makes the interface grittier and dirtier, with an aesthetic more reminiscent of games like Hunt Showdown. This makes your immersion in the game even deeper, and helps give the game an extra layer of style.

This mod is dead simple, and yet it can make a huge difference. The Hit Bar – Health Bar mod gives visible health bars to your enemies. That’s it, that’s the mod! But having a health bar is a huge deal, as it completely takes the guesswork out of fighting enemies in the game.

The next mod on the list is also pretty simple. As you can probably guess, Faster Crafting is a mod that makes crafting faster in 7 Days to Die. Crafting is somewhat slow in 7 Days to Die, and that might not be to everyone’s taste. But, with this mod, you can massively increase your crafting speed. For example, in the vanilla game, in the space of 8 seconds, you forge 1 unit of iron. With this mod, 8 seconds is now enough to forge 101 units of iron!

This is another one for those of us who aren’t too concerned about realism. By default, the max stack size in 7 Days to Die is 500. But for anybody who wants to be able to hold a near-limitless number of items in a single stack, there’s 30K Stacks. This mod massively increases the max stack size to 30,000. Say goodbye to running out of inventory space! 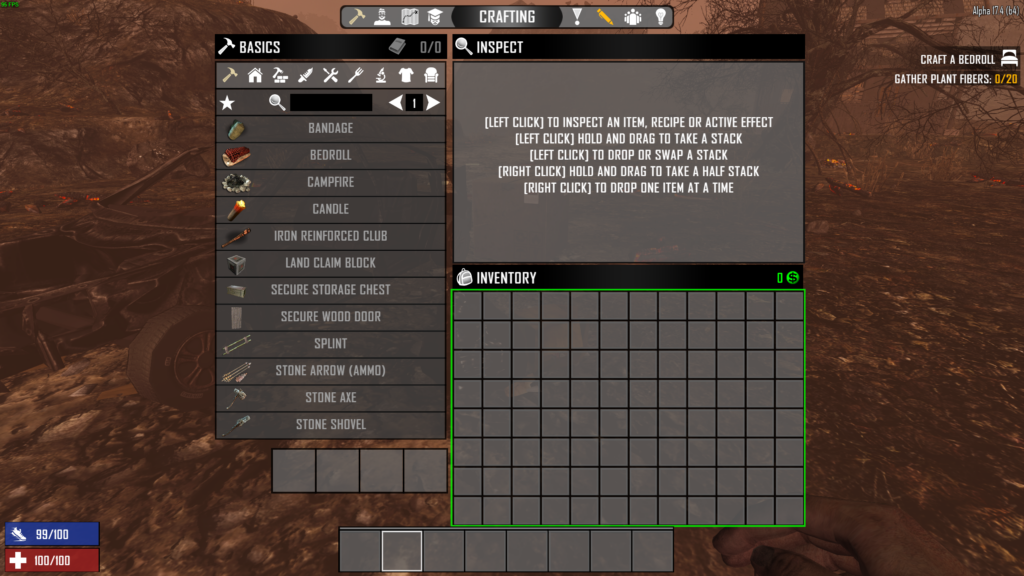 For even more storage, look nor further than the Bigger Backpack mod for 7 Days to Die. This mod takes the game’s default 45 slot backpack and increases it to 78 slots. That’s almost double the storage space, and will make a big difference as you fight for survival in the zombie apocalypse.

If all these mods that increase things like inventory space at the cost of realism make you sick, then this might be the mod for you. Realism is devoted to making the 7 Days to Die experience more realistic, with changes aimed at making the game more difficult and closer to reality. That means that food no longer heals you, your melee range is reduced, and crafting is more realistic. If that appeals to you, then this mod will be right up your alley. 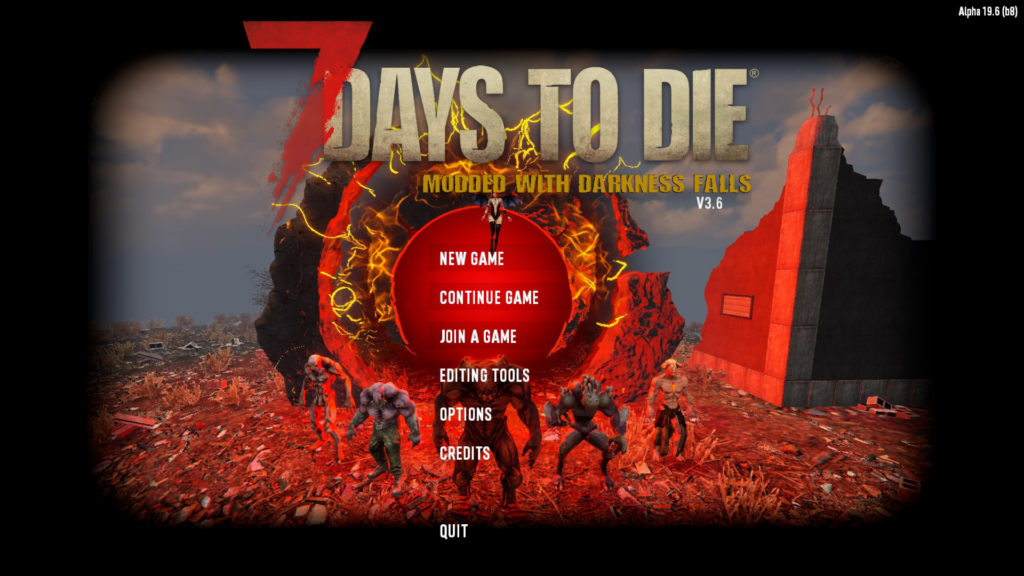 The last mod on our list is also the biggest. Darkness Falls is a full overhaul mod that makes massive changes to 7 Days to Die. It adds new enemies, classes, skills, crops, crafting, and more! The mod is huge, so you’ll have to head to the mod page to see all the changes. If you’re an experienced 7 Days to Die player who wants a fresh, new challenge, this mod is a great choice!

With so many mods available for 7 Days to Die, the possibilities are endless. Whether you want new weapons, better texture, or to change the game completely, there’s something out there for you. And even better, installing mods for 7 Days to Die is dead simple, and made even simpler by the available mod manager.

Got a favorite mod that we missed? Let us know in the comments! And be sure to keep an eye on The Gamer’s Mind for all the latest in video games. 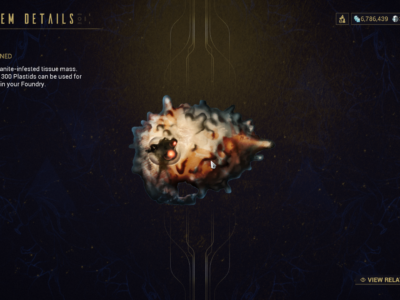 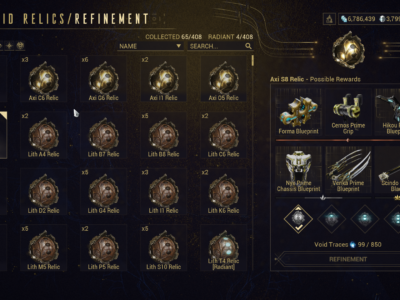